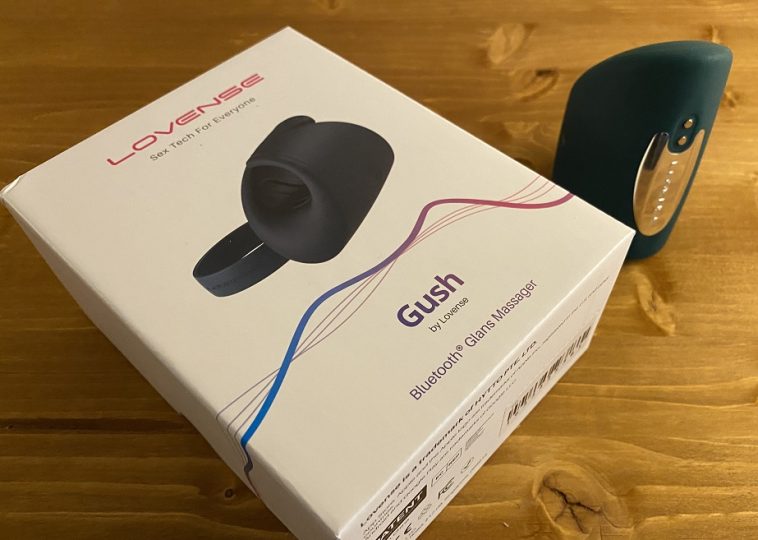 No one beats Lovense when it comes to sex toys. I know I’m supposed to be an impartial reviewer, but each of their products I get to try seems better designed, built, and refined than the last.

Their newest hands-free, flexible glans massager, the Gush, is no different. From the moment I opened its box to the end of the weekend I spent using it, I was thoroughly impressed by its power, versatility, and how well it worked with the Lovense Remote.

I have a good amount of experience with sex toys for men, having bought a half dozen or so over the years and received quite a few to review for places like LovenseFan, so I’m not speaking from ignorance.

The Gush is also one of the oddest sex toys I’ve used because before I tried it out, my only other experience was with the kind where you put your entire penis into them, like Lovense’s own Max 2 that I also liked playing with.

But this toy isn’t designed for an entire penis, just the head or glans, which took a little getting used to. When I did, it quickly became my favorite Lovense product and overall best toy. Period!

The Gush easily fits in the palm of your hand. On the top is a silver plastic insert, where I’m guessing its electronic and Bluetooth components are located in addition to the metal contacts for its magnetic charging cable.

Turn the Gush over, and you’ll see a pair of flexible flaps designed to wrap around the head of your penis. Under the middle of the Gush is a nice, textured selection that adds to how good the toy feels.

The Gush comes with an “Optional Band” you can wrap around the toy to tighten it if that’s what you want. I think this is a great idea as occasionally I’ve found other male sex toys kinds haven’t been tight enough for me. I also like how you can use it with the band or without it to change how the Gush feels. 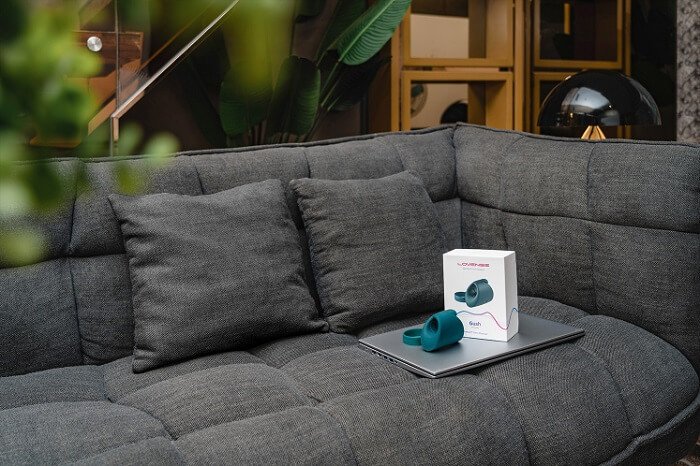 There are all sorts of ways you can use a Gush, which is my top reason for liking it so much.

I first tried it hands-free, with it only on the glans of my penis. Though I found it tough to orgasm, it was still extremely pleasurable.

Now and again, it felt like it might come loose, so I used the Optional Band, which made it feel far more secure.

Next, I tried it as a masturbatory aid without the band, and, let me tell you, it was such a great experience to feel its powerful vibrations as I slid it from the tip of my penis, down my shaft, and then close to my testicles. And, if I wanted to, I also could have turned it around to have its vibrations on the underside of my pens, as well.

Then I did the same, but after looping the band around the Gush, which made it feel extra intense. Sometimes almost too much, so I think the next time I use it this way, I’ll put on some desensitizing lube first.

Next to the silver section on the left side of the Gush is the toy’s power and settings button. The Gush comes with three power levels and four built-in patterns. Selecting each of them was easy, but after using the Lovense Remote App with the Gush, I don’t think I’ll use the toy’s built-in button again except to turn it on and off.

Because the Lovense Remote app has so many options and great features and is remarkably simple, it is to set up and use. My favorite is how you can make your own set of vibrations and then save it and play it back anytime you want.

The option for the Gush to move to the music on my phone was also amazing, and I made a fun game out of picking the perfect sexy tunes for it to rock along to. 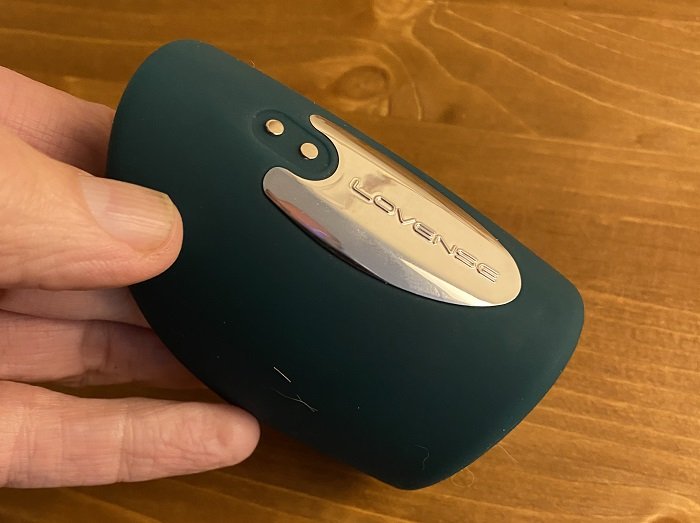 Weighing just 133 grams, the Gush never felt too heavy or awkward when using it. It’s also small and light enough to pack in a small bag so you can take it with you when you’re traveling.

Aside from its silver ABS plastic part, the Gush is made of body-safe, waterproof silicone and is extremely comfortable in addition to easy to clean.

Each time I used mine, I gave it a fast wash with antibacterial dish soap and warm water before drying it off. The Gush also comes packed with a black storage bag to keep it lint-free, or you can keep it in its original box.

Because it’s silicone, you can use it safely in the bath or shower and use a variety of lubricants without damaging it. But you should only use the kind made for silicone sex toys and avoid those that might damage it. 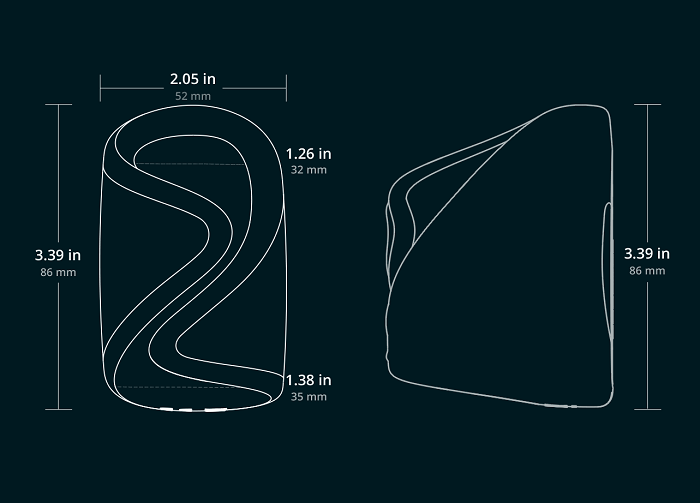 My Android phone’s served me well for about three years, including when I used it with other Lovense sex toys, so I wasn’t very worried about using it with my new Gush.

To thoroughly test it, I first deleted Lovense Remote and then reinstalled it. After connecting the Gush to it was as smooth as silk as was using all of the app’s many features.

Another thing I did was download the Wild Life demo for my PC and hook it up with my phone to my Gush. It took me a few tries to get it to work, but soon I was playing the game, and once I romanced one of the characters, I felt and saw the explicit scene I had with them.

I only wish the demo was longer, with more things to do. But it’s still lots of fun, and I’ll definitely buy the full game once it comes out. 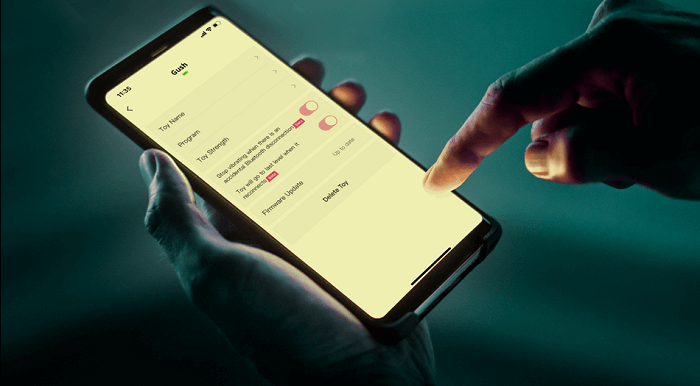 It takes 65 minutes to charge up a Gush, and after that, you have 115 minutes before it runs out. I used mine many times over a weekend and never had it lose power, though I got into the habit of connecting it to its magnetic charger after each use which probably helped.

A fully charged Gush will also last 120 hours in standby mode, so if you travel with it unless you’re going a very long distance, it’ll be ready for you to use when you arrive at your destination.

What comes with a Lovense Gush

The toy is shipped with its optional band, charging cable, black bag to keep it in, quick setup guide, and a more comprehensive user manual.  Leave it to Lovense to make all of these exceptionally well, with none of them or the Gush itself ever feeling like it was cheap or rushed.  A lot of thought went into everything and it shows!

The box it comes in is well made and durable and is great for keeping the Gush safe and clean with all its accessories in one place. 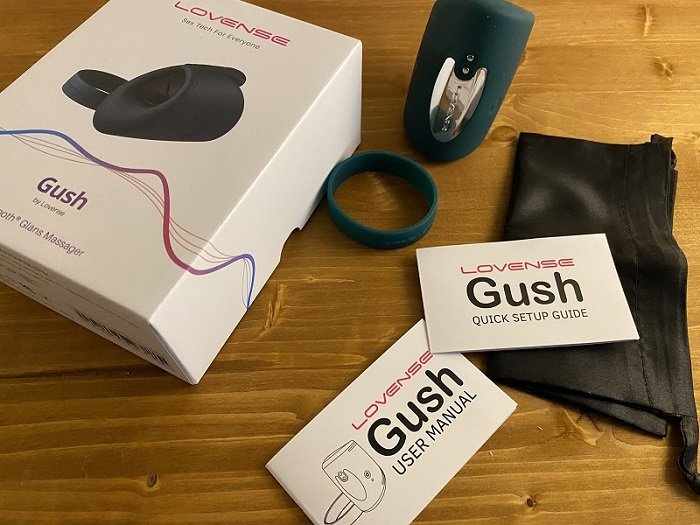 Lovense’s Gush is so fun to use; if I hadn’t received one to review, I’d have bought one anyway. I like it so much; I’m thinking of buying a spare one if something happens to the one I already have.

It’s that good and maybe even better since I feel I’ve barely scratched the surface of what I could do with this amazing sextoy.

On top of that, the Gush might be great with other sextoys. As a reviewer, I have several I can get out and fool around with in conjunction with my Gush, like using Lovense’s Edge 2 for the best of both worlds, as there’s no reason why I shouldn’t be able to use the Remote app to control them both at the same time.

Their Diamo is another toy I want to try with it as I’ve had nothing but great times using this vibrating cock ring, which gets me excited at the prospect of combining it with the Gush to stimulate these two very different parts of my body.

I think Lovense has outdone themselves with the Gush, and if you like penis vibrators and are looking for a quality, versatile, and exciting toy to use, you can’t go wrong by buying one for yourself.

This is why I give it my highest recommendation, and if you have one or are thinking of purchasing a Gush I’d like to hear your experiences with it.

Check the Price of the Lovense Gush