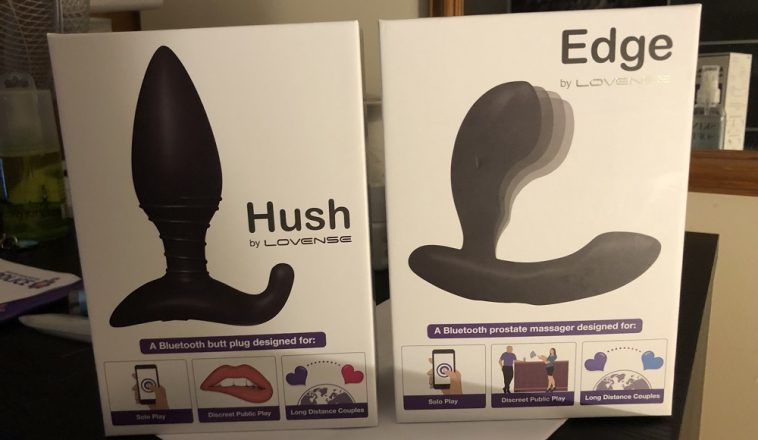 Out of the gate, we honestly recommend narrowing your search down to one outstanding manufacturer. No surprise, considering our site’s focus, but in all sincerity compared to other companies, Lovense has and still does, set the gold standard for excellence in design, manufacturing, and product support.

Advertised as “The World’s First Teledildonic Butt Plug,” the Hush is all that and a bag of chips.

Its materials are also top-notch, demonstrated by it made of nothing but high-quality silicone. Why is this good? For starters, it means that there’s a low, low, low chance of an allergic reaction to it, as opposed to toys made with latex, rubber, or phthalates. It also means that even after prolonged use, it won’t crack, stain, or corrode.

In the smarts department, as with other Lovense products, the Hush’s practically infinite array of vibrational patterns and intensities can be controlled with Lovense’s smartphone (iOS or Android) app, via a Bluetooth connection, or with their multi-platform desktop version.

This gets us to the “teledildonic” side of the Hush: its brains, like the Hush’s pleasurable features, can be manipulated with the toy close by or with the smartphone or computer app in the hands of someone else who’s halfway around the world—making it ideal for keeping the passion raging for couples in long-distance relationships. 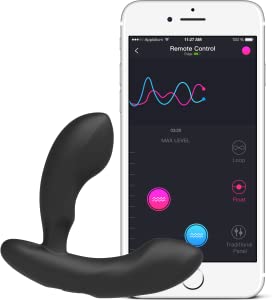 Here is where the Edge comes in, as it’s designed with just this kind of stimulation in mind. Looking at it tells the entire story, with its specialty-engineered insertable component evident.

But looks aren’t everything, as that part of the Edge is also wonderfully flexible, so users won’t have to pull it in and out, or around and around, to locate that prostate sweet spot. Instead, all you need to do is get it into the right position and move straight to the fun stuff.

And fun it most definitely is, as it boasts not one but two motors, so you can stimulate the inside of the anus as the outside, which prostate play enthusiasts will recognize as frequently playing an essential role in that type of orgasm.

What The Hush And The Edge Have In Common 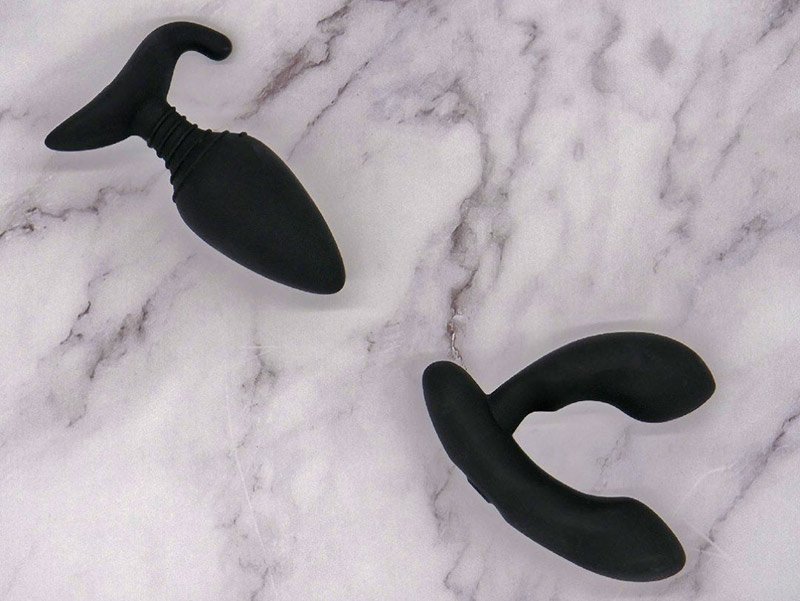 Both the Hush and the Edge are made of the same high-grade materials, so they’ll be as durable as they are pleasurable—and easy to clean, as well.

Internally, their electronics are equally comparable, so each is Bluetooth linkable to the Lovense app, smartphone, or computer version, to be wirelessly controlled from anywhere, no matter the distance.

The Differences Between The Hush And The Edge

Speaking to this, one of its prongs (for lack of a better word) is flexible and, therefore, confirmable for stimulating that gland versus the Hush, which is a fixed shape.

There’s also the matter of the motors, as while both use the same high-intensity type, the Edge has two over the Hush’s single. This doesn’t necessarily edge out—sorry about that—the Edge over the Hus, as two helps it in that prostate stimulation department.

Another facet of that “universality” is that it can be used and enjoyed by anyone, no matter their genitalia, with an anus who wants that kind of play.

It’s innovative design similarly gains it a recommendation. Both the Hush and the Edge can be easily removed, but the flange and bulb aspect of the Hush keeps it staying put despite how energetic the person wearing it might get, which makes it an excellent addition to the toy box for people who enjoy public sex play.

The Hush’s universality is fine and/or good but makes it a one-trick anal-sex pony (now there’s a mental image!): OK if you want that and only that, but if you also want prostate play, then it may not be the best for you.

And if you do like prostate stimulation, then the Edge will likely take the lead for you. On top of that, it’s dual motors deliver a wider-span of vibrational delights, up to and including the region around—and not just in—the anus.

Who Should Get A Lovense Hush?

Who Should Get A Lovense Edge? 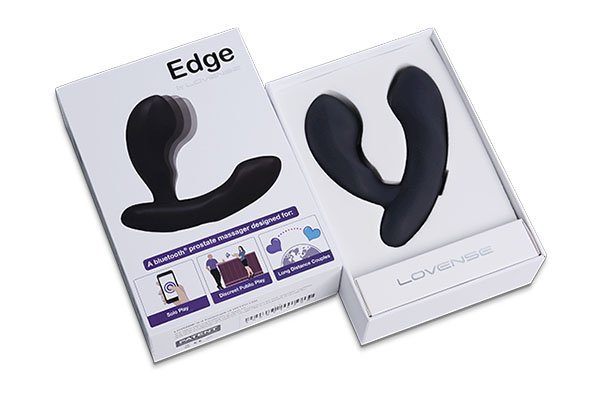 If you do like—and we mean really, really like—your prostate, then the choice is as clear: that of the two, the Edge is the perfect device for that kind of thing: pretty much hands-down.

Not that it can’t be enjoyed without utilizing that design feature, but it’s so specific to it that it doesn’t make a lot of sense to pay for something you won’t use.

The ultimate decision is up to you and your sexual desires and needs, of course. But no matter which of these you may end up choosing, we unequivocally say that as long as it comes from Lovense, it will be safe, well-made smart-as-smart-can-be—and spectacularly fun to use!