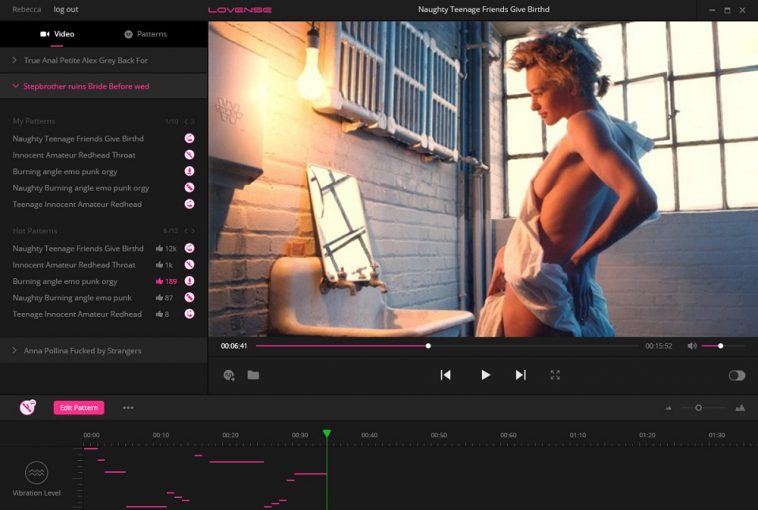 Put aside a block of uninterruptible time? Check! Cleaned and charged for your fave Lovense toy? Double-check! Finger poised to fire up that hot, hot, hot video? Quadruple check!

Then the invariable happens. Just as things get interesting, to use an overly polite euphemism, a touch of frustration rears its irritating head. Why you ask yourself, can’t enjoying adult entertainment on your home computer be comfortable, less distracting, or—best of all—far more immersive?

Buck up, folx, for Lovense’s here to save the day with their Media Player: a fab little bit of downloadable software that could be the answer to your sexy-time annoyances—and possibly make them more arousing!

Download NOW the Lovense Media Player for FREE!
Contents show
Built with sextech in mind
See a need, fill a need
Everything at your fingertips
VR Compatibility
Installation and setup
Pros:
Cons:
The verdict

Built with sextech in mind

With so many to choose from, even after narrowing the field down to the ones exclusively designed to work with adult videos, it’d probably be easier to list the things that aren’t media players what isn’t one. So, starting with aardvark—

Kidding aside, with so many of them out there, why give Lovense’s a try? Beyond, of course, it’s from a company many of us enjoy and respect for their superb quality.

Well, beyond their pleasurable designs and excellent construction, Lovense is also admired for how well their line of smart sextech devices connect to one another, specific adult sites, or games like their very own Mirror Life.

This is why their Media Player is a standout, as it does what all those others do plus gives you a much-needed hands-free experience with any Lovense toy.

See a need, fill a need 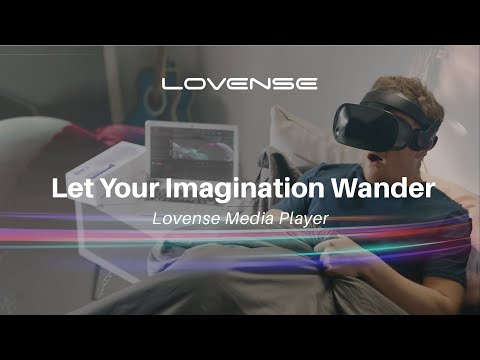 Our hypothetical sexy-time session highlights a pretty common sextech bug, though not a software or hardware one. Instead, it’s a problem of control.

What I mean is that ultra-sophisticated products gotta have on/off buttons, as well as ways to make it spin, buzz, oscillate, throb, or undulate. Even when they’re smart—meaning they can talk to each other, a smartphone, or a computer—you’ll still have to deal with some kind of control.

To their credit, many sextech companies are intimately aware of this headache, giving their designers many sleepless nights while they try to puzzle out how to make their products extra-easy to use.

Not to sound like an otherly enthusiastic fanboy, which I most definitely am, Lovense’s better than most in this department. So much so, I frequently reach for their products instead of the competition as their products, as well as their app (for Android and iOS), simply because I know I won’t have to endure any unnecessary—and frustrating—fumblings to have a good time.

But even the best-designed controls still have an inherent problem: that often just when we need to ramp up, tune down, change the rhythm or the intensity our fine motor skills have flown out the window.

So what was needed was a new type of control scheme: one that kicks these all-too-frequent frustrations to the curb once and for all.

Everything at your fingertips 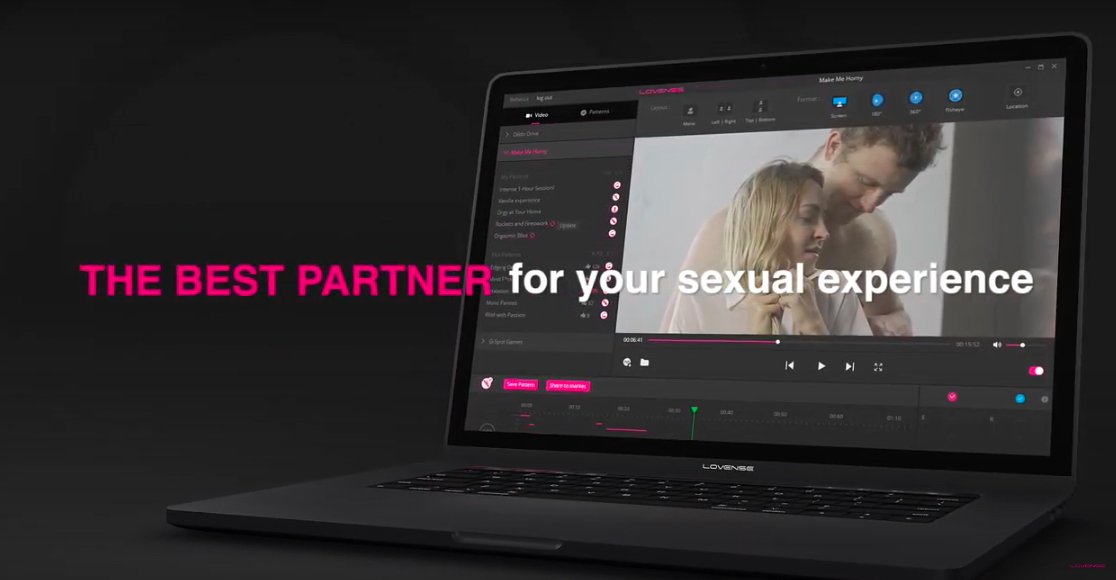 What you get in the Lovense Media Player is what it says on the tin, with the addition of a whole slew—and, yes, that is a technical term for it—of ways to control, or even pre-program, your favorite sextoy.

Bingo! No more fumbling for buttons or your smartphone when your fingers all slippery with lube. Simply fire it up, connect it to your chosen Lovense sextoy, select an adult video from your library, and lay back to enjoy the ride.

Though while it comes with a built-in catalog of pre-made actions, if you want your toy to match your video you’ll have to do a touch of programming first. But once that’s taken care of you’ll have that customized playlist all set for when you want to enjoy that special video.

I apologize if this might sound intimidating because the reality is making one of these customized playlists is easy-peasy-lemon-squeezy.  All you need to get the ball rolling is select the video you want to use, then click through it like you would any other when you’re looking for those extra-hot parts, and then use the Media Player’s intuitive controls to do what you want your Lovense toy to do and when to do it.

Personally, I found that by creating little “packets” of actions—like one that reproduced oral sex sensations, another for vaginal penetration, etc.—and then putting them a library of sorts where I could just pick and choose and drop into the video I’m working on helped to speed things up considerably.

If you’re community-minded, you can also sign in to your Lovense account from within the player and then share your customized patterns with your fellow users.  Or, if you’re looking for inspiration—or curious about what others have put together—download some to try out.  No worries about privacy, by the way, as everything is done anonymously.

Again, don’t let this talk of playlists and programming furrow your brow because their Media Play’s interface is smooth as silk: detailed when it should be, simple when it has to be, and gloriously intuitive.  So no matter your skills with such things—of lack of them—you’ll rarely if ever, scratch your noggin trying to figure out how to get what to do which and when. 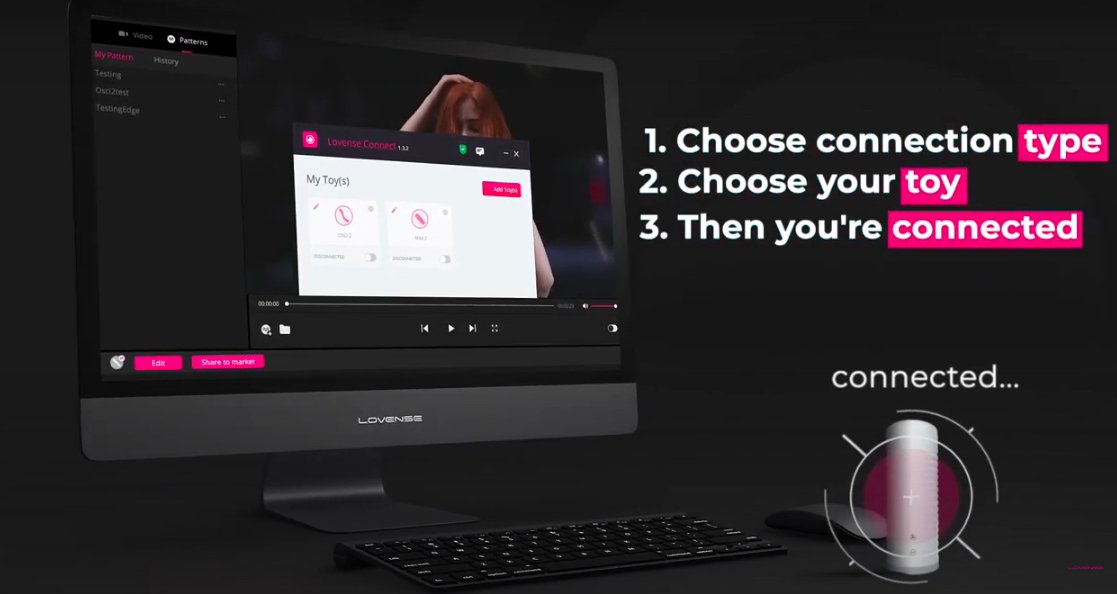 Can this get any better? Well, yessiree, it sure can—and not in just one but two ways.

And not just your run-of-the-mill 2D video, either, for their Media Player’s VR compatible as well. Unlike other companies that toss virtual reality in as an afterthought, Lovense’s recognized that control fumbling is bad enough with 2D adult entertainment, but with a VR rig blocking your vision it’s way, way worse.

But that’s no longer a problem when you use their Media Player. Upload a VR video, select your playlist, put on your Oculus Rift, Samsung Gear VR, HTC Vive, or similarly compatible rig, and you’ll be seeing, hearing, and feeling everything to your libido’s content—without ever having to take your rig off to annoyingly have to fiddle with settings and the like.

It couldn’t be easier. To get into the action, download it from the Lovense Media Player, install it like every other Windows program, fire it up, connect it via Bluetooth to your toy or toys, upload the video you want to enjoy, and that’s it. With a small extra step for those out there with suitable VR setups, of course.

Speaking of Bluetooth, your smartphone or tablet can act as WiFi-bridge between your toys and your PC if your computer doesn’t have it. Or, you can just pick up a suitable dongle—which Lovense also sells their own version of.  Bottom line: no matter your set-up, Lovense has you covered.

As with everything Lovense makes, getting everything synced together is more times than not a remarkably seamless experience—though mileage may vary depending on your system, so some trial and error should be expected.  But once done, you never have to worry about it ever again: just turn on your Lovense product, open the Media Player, and you’re all set to go.  Fortunately, if you do hit a stumbling block the Lovense’s site has all kinds of documentation on how to fix just about every kind of problem imaginable.

Unfortunately, Apple computer users are out of luck, as the Lovense Media Player currently is PC only. Though considering how good they’ve been about supporting other computer platforms it’s more than likely we’ll see a Macintosh version sometime in the (hopefully) not too distant future.  In the meantime, their standard desktop control program is available for both Windows and Apple desktop systems, and their Lovense Control app works on both Android and iPhones. 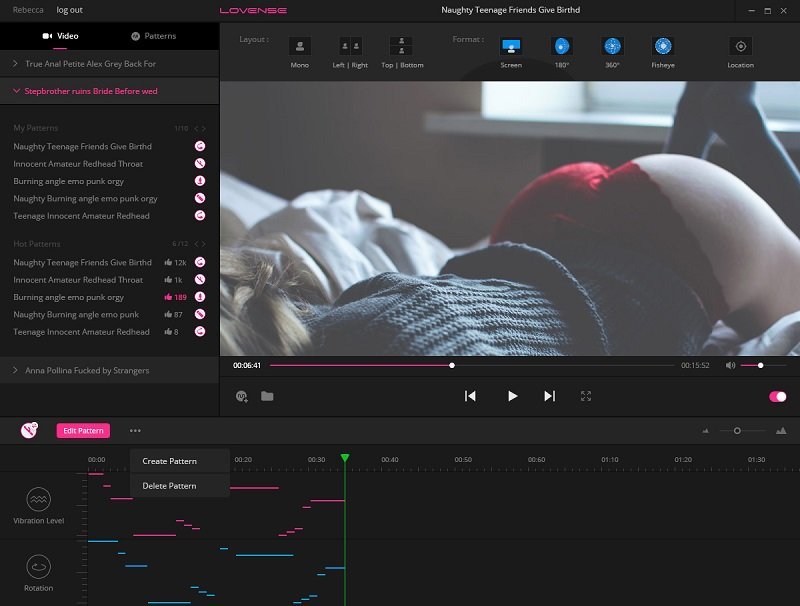 Tying all this into a neat little package, I enthusiastically recommend the Lovense Media Player. I’d go as far as to say that it should be an essential part of your sextech playbag.  I know I certainly won’t be doing anything (ahem) without it.

Parroting myself, don’t think of it another in a far-too-long line of video players—though it handles that side of things remarkably well. Instead, look at it as a well-engineered solution to the fumbling, swearing, and “why should I even bother?” control issues that’ll douse even the most passionate sextech self-pleasurer in ice water.

A solution that could free us from all those pesky controls, and for the first time, allow us to put our hands where we need them the most: on ourselves.