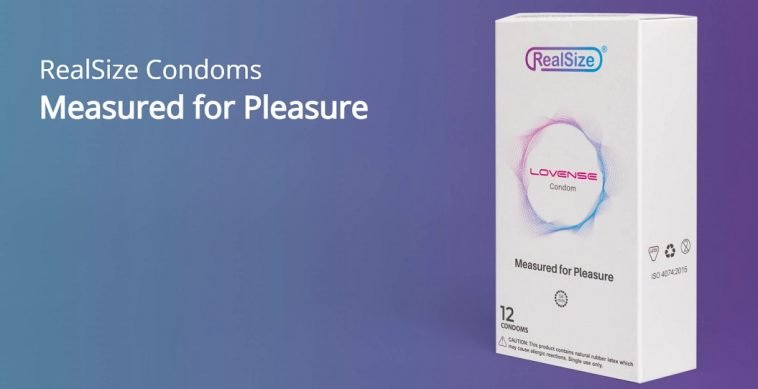 It’s right there in big, bold letters on The Big Book Of Business’ front page: “Diversification is the key to success.”

The problem is when your company makes sex toys—as where do you go from there?

Or you can make the leap from sex toys to prophylactics, as Lovense has done with their newly released line of RealSize Condoms.

Check the Price of the Lovense RealSize Condoms 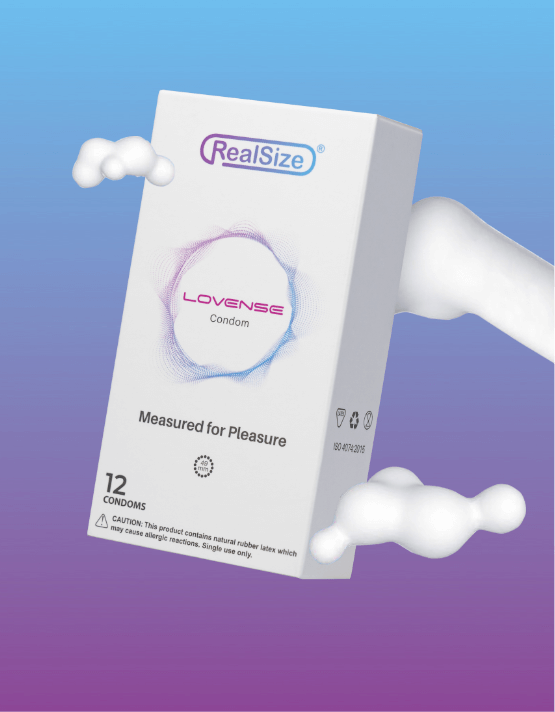 If Lovense is known for anything, it’s their impressive talent for bringing us sex-related products that combine ergonomic and particularly arousing designs with excellent engineering.

Notably how, pretty much their entire line is an example of sextech brilliance: each built to effortless connect to their Lovense Remote app, be it for iPhone, Android, Apple Desktop, or PC computer so their customers can do take full control, make their own customized playlists, interact with specific adult videos and games—like Lovense’s Mirror Life and Wild Life—and a host of other excitingly futuristic features.

They are fine and dandy for their sex toys, but how do their RealSize Condoms ride along on their bleeding-edge bandwagon?

Well, another of their many selling points is their braininess, so it works like this: going to the RealSize Condoms product page, you’ll see a special Q code below a prompt to use it to “Take your measurements using our measuring tools.”

Snap a shot of this code, enter what smartphone you’re using, and you’ll be taken to an interactive site where you can employ your phone’s camera to precisely determine the length of your, shall I say, member.

After inputting this information, you’ll be redirected to another page to order condoms that’ll complement your size.

If you want something snugger or perhaps a little more expansive, located near the bottom of this order screen are options for those as well.

Currently, the condoms are limited to what I guess you could call the basic variety: without internal or external ridges, different lubes, colors, flavors, and stuff like that.

However, knowing Lovense as well as I do, I’m fairly certain we’ll see those and other features. 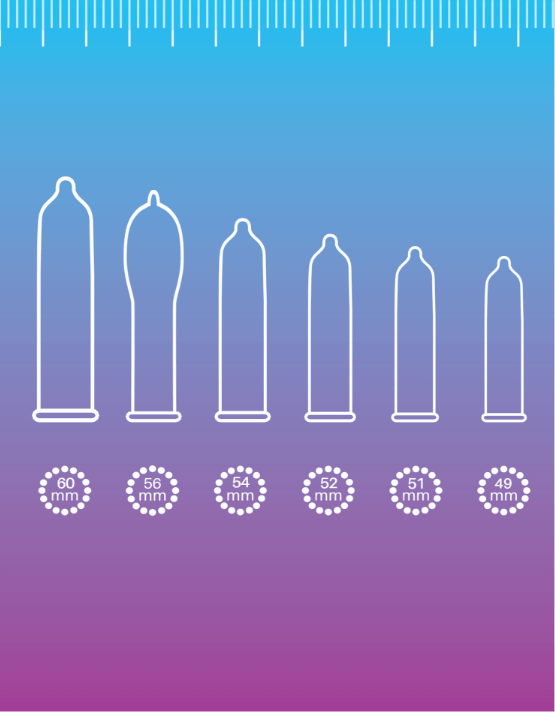 Aside from their real-time measuring system, the condoms are made of body-safe, premium quality latex and are cylindrical with a reservoir at the tip.

Thinking further, I realized it made perfect sense. Otherwise, they’d have to manufacture two or more entirely different condoms, each with a different lube.

If they’re reading this, and if they are, I’d like to respectfully suggest they offer condoms expressly designed for their toys. They might even be available with anal-sex or vaginal-sex lubes, so owners of those products would be able to be comfortably slick without worrying about damaging them. 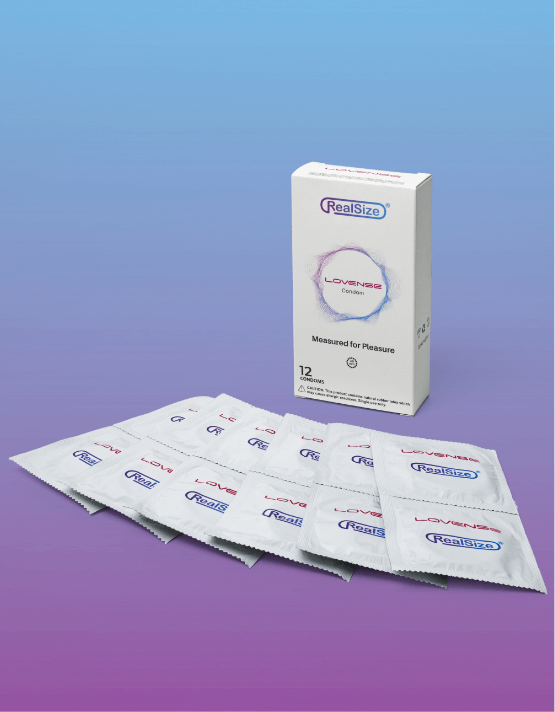 Recognizing there’s nothing worse than running out of them, particularly when it’s a brand or variety you’ve gotten used to, you can buy RealSize Condoms as you need them or, for a good discount, receive them monthly.

Whichever way you choose, you can select from 12, 24, or 36 at a pop. If you do select a monthly shipment, ​​Lovense offers some nice perks for doing so, like, after five straight months, you’ll qualify for a loyalty discount.

In addition to being able to cancel a subscription at any time, for any reason, and they arrive in discreet packages, you can get them once a month or every two or three. And pick how many boxes you’ll get, as well.

For example, you can have two boxes of 24 sent to wherever you want every two months—with another bonus for selecting this two dozen options if you won’t have to pay for shipping. 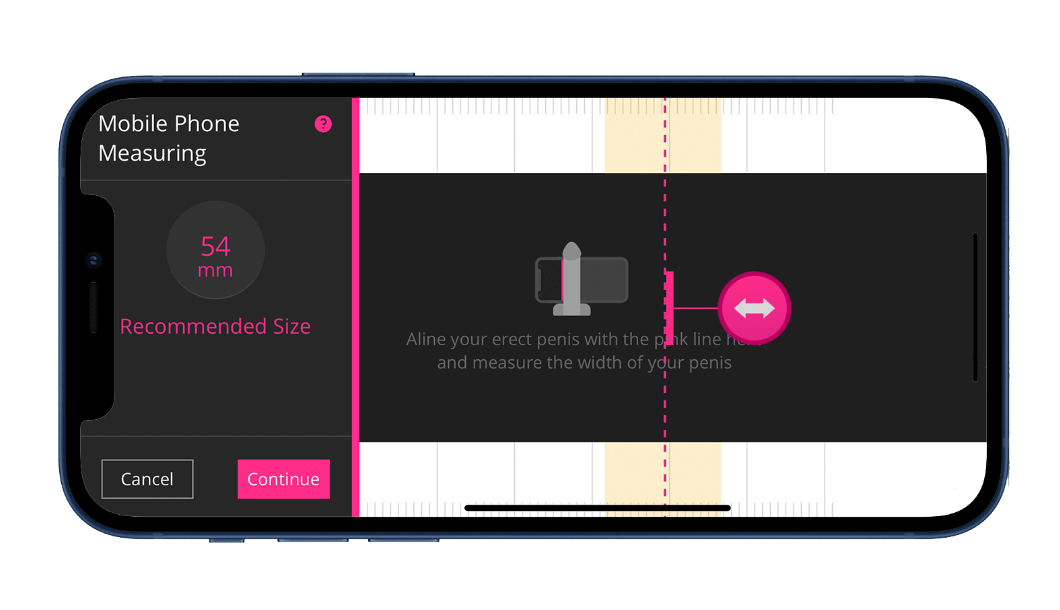 How do Lovense RealSize Condoms feel?

At the risk of exposing too much of myself, one, because, believe it or not, I’m a tad shy about discussing my sex life, and two, I sincerely doubt you’d be all that interested in my amorous shenanigans if I wasn’t, I’ve fought a long and torturous battle with prophylactics.

Certainly not using them, as I’ve been a decidedly strident safe sex advocate for decades, but trying brand after brand, manufacturer after manufacturer, type after type, that I’ve never found any I actually enjoyed.

I wish I could say Lovense’s RealSize Condoms are the answer to my prayers, though, in their defense, they’ve come the closest.

As I mentioned, their current line is quite basic with few condom extras, which is my main reason for longing for more. But as I also noted, we’ll more than likely see those and other features arrive shortly—or at least I hope so. 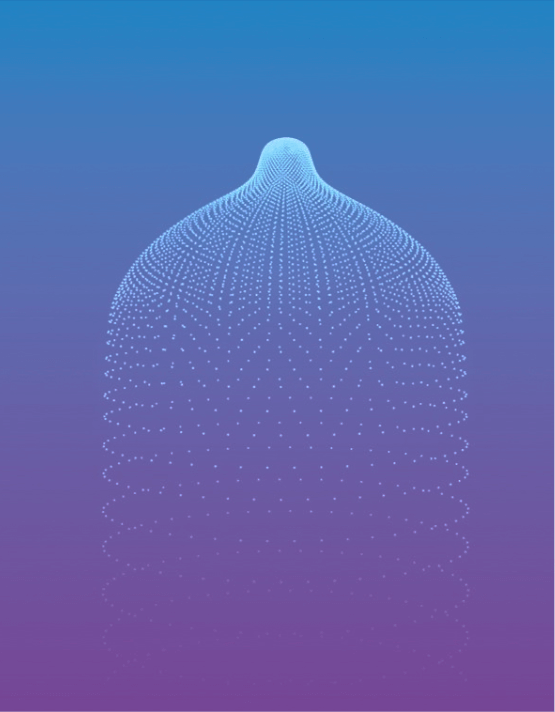 Rather than developing an entirely new app for their customers to measure themselves, Lovense instead opted for a website.

It’s not a difficult decision to understand, as this probably saved them money while allowing them to support practically every smartphone, tablet, and computer.

I mean, look at what happens when you go from the Q code to the site: not only what seems like a dozen or more platforms, but within them, there are countless model numbers to choose from, including a few I know are at least a ten years old.

While well made and glitch-free, I have a minor quibble regarding its design—and from there, the whole RealSize Condoms concept.

It’s that the site measures width and not length, while the product page does show you can order six different sizes from 49 mm wide and 160 mm long to 60 mm by 190 mm.

So while the site definitely helps determine your measurements, you might feel limited by what you can then purchase. 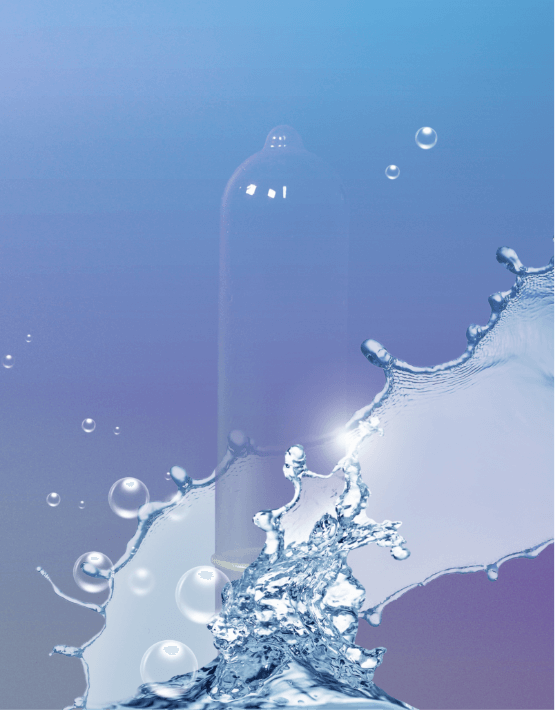 That is, “buy right now,” as after looking over the RealSize Condoms site, I’ve realized Lovense is already thinking towards a future when we can enjoy honest-to-gosh customized ones.

As they tantalizingly say, “Condoms are not a one-size-fits-all product” and that they’re working on a method to precisely measure everything about your meat-and-two-veg with what they call “Lovense 3D Measuring Technology.”

What this may eventually turn out to be is anyone’s guess. Still, since it includes a three and a “D,” I’m going out on a limb by imagining it could employ something like a smartphone’s camera—which often already includes a range-finding system—so all you’ll need to do is snap a dick pic, perhaps against a reference grid, to have all the info you need to have Lovense make you a condom that’ll fit you like a proverbial glove. 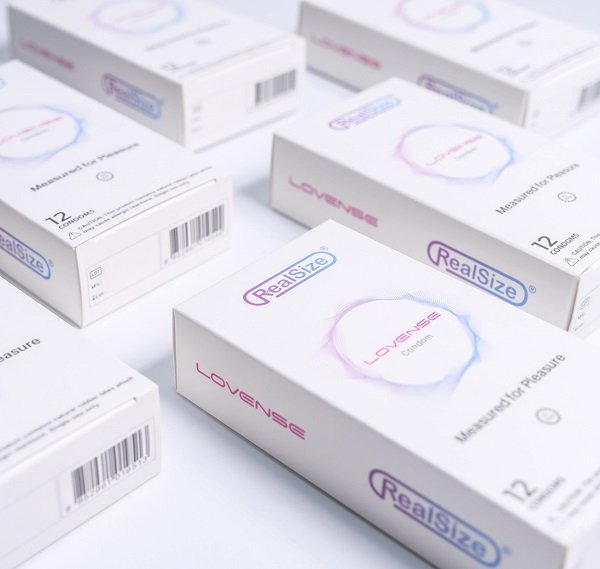 One thing I haven’t brought up is Lovense isn’t alone in developing and selling a range of condoms—so whatever length, girth we’ll be able to purchase one that, maybe for the first time in our life, really fits.

Though their unique spin on it is their measuring site, and despite how I knocked it as clearly a work-in-progress until they’re ready to release what will undoubtedly be a much more advanced system, it remains largely effective and certainly useful.

Not to name names, but I covered a company with a different approach a year or so ago. While the condoms I got from them were pleasant, they asked their customers to do their measurements was woefully, almost comically, bad.

So though if Lovense’s site isn’t quite there yet, it’s much easier than using a silly little tape measure. Not only that, but as it’s speedily electronic, there’s no annoying delay between inputting your measurements and receiving your condoms.

Instead, it’s just a matter of Q code, estimating your size, then and straight where you can order them: wham, bam, simple as simple can be.

Should you buy Lovense’s RealSize Condoms? My answer is yes, as having the right condom size, though maybe not 100% accurate, is important.

And why this is true has to do with comfort: if you find condoms annoying, unpleasant, or merely uncomfortable, you’ll be less likely to use them.

I shouldn’t have to mention can result in unplanned pregnancies, Sexually Transmitted Infections (STIs), and a host of other painful and even possibly lethal problems.

So do whatever it takes to find, use, and use condoms—and a fantastic place to be responsible to yourself and your partners is to buy Lovense’s RealSize Condoms.

Check the Price of the Lovense RealSize Condoms