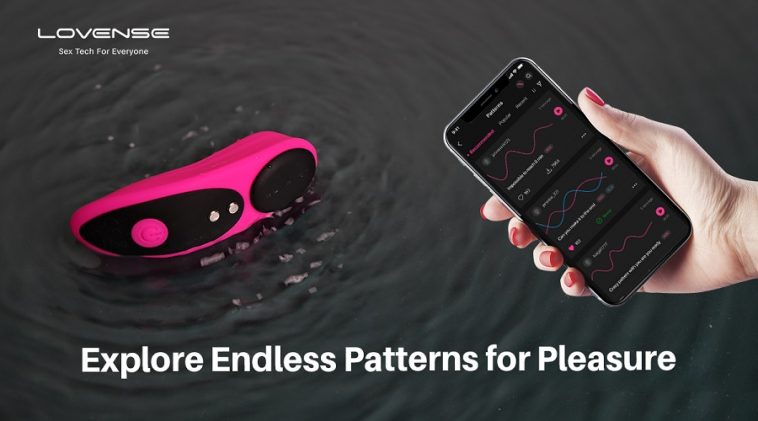 Adult entertainment interactivity; in the same room or anywhere in the world teledildonic share-and-share-alike action; having your toy dance along to your favorite tunes or whatever sounds you or your partner may make; making, sharing, or sampling customized playlists; having your plaything wake you up arousing vibrations… everything here and a lot more is what makes Lovense products so exciting, arousing, and fun to use.

But only if you can get your sextoy to connect to the Lovense Remote.

Fortunately, their app’s recent upgrade makes the process remarkably simple. Though that’s not to say you might experience some difficulties.

So to help recognize what might be going wrong, tips and techniques to deal with them, and how to prevent them going forward, here is our handy, step-by-step guide to using the Lovense Remote app with any of Lovense’s Bluetooth-enabled toys.

To cover practically every technological base, Lovense has Android or iPhone smartphones, including tablets and such, as well as a PC or Apple desktop computer versions. 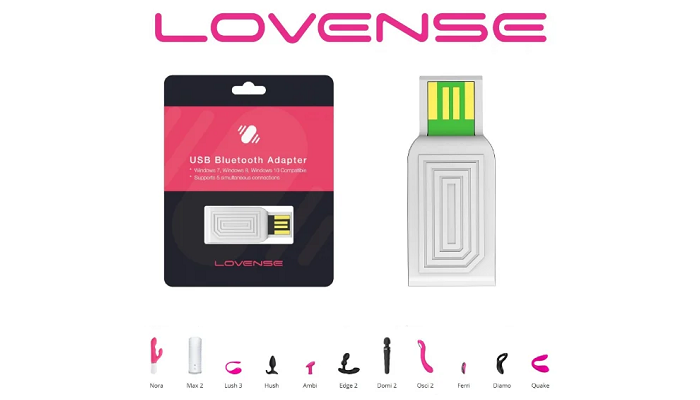 Whatever the type, they all need Bluetooth in order to communicate with a similarly equipped Lovense product.

For the sake of thoroughness, Bluetooth is a short-range, wireless, UHF radio system that’s commonly used by phones and computers alike to communicate with and control accessories like earphones and buds, mice, keyboards, smartwatches, and a host of other gadgets.

And, what we’re all here for, Lovense sex toys. Not that Bluetooth is the only game in town when it comes to sex tech interactivity, as other companies have been known to use WiFi as well, but on average, that’s not as easy to set up as Bluetooth.

How Lovense toys work with the Lovense Remote App

To give you an idea of how all this fits together, imagine you have a Calor male masturbator and an Android phone.

Once they’re Bluetoothed together, you can control the toy’s speed and intensity, create your own customized set to playback whenever you wish, and have your Calor respond to whatever’s happening in an adult video or explicit game like Wild Life or Lovense’s own Mirror Life. 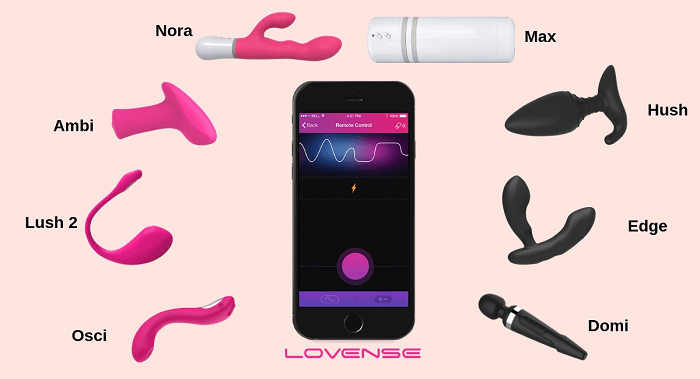 But suppose you’re farther apart or want to set it up so that what happens with one toy affects what others do. In that case, the Lovense Remote App uses WiFi or a handline, LAN, or WAN network if it’s the desktop version.

So if you want to teledildonically interact with a similar Lovense toy in close proximity or anywhere else in the world, you’ll need WiFi and Bluetooth.

It’s all about Bluetooth

All fine and good so far, but it’s worth mentioning some folks may not realize when using the PC or Apple Lovense Remote App, your computer has to be Bluetooth capable.

This likely won’t be an issue for laptops or new hardware, but if your rig is, shall I say, “less-than-new,” it may not be. If so, it’s not especially difficult to get your hands on a Bluetooth dongle and, after plugging it in, get your computer to use it to connect up with a Lovense toy.

Using a Lovense toy with the Lovense Remote App 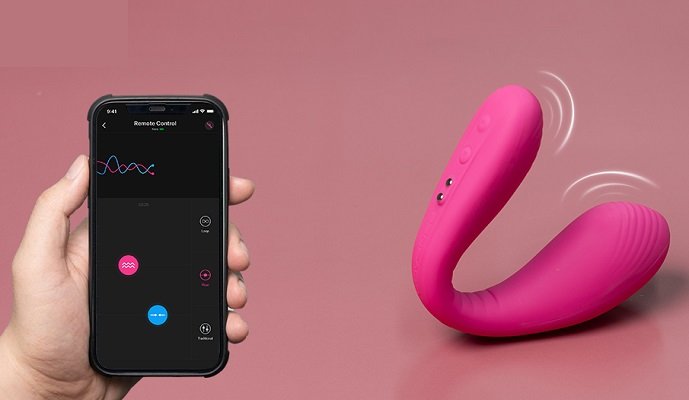 For the sake of argument, let’s say you again have an Android smartphone. Before you do anything, and this is the same for every Lovense product, whether or not it’s Bluetooth-enabled, read the manual that came with it.

And if the print is too small, you misplace it, or want some detailed instructions, you can always consult the excellent Lovense site, which has everything you’ll ever need to know, even if you’re too scared to ask about everything they sell.

That out of the way, you’ll need to fully charge your toy before you can do anything. Then, after it’s juiced up and ready to go and you’ve downloaded, installed, and opened the Lovense Remote, look at the app’s upper right corner, where you’ll see a chain-link icon next to a little plus sign.

To begin your sextoy connecting, click the chain-link one. If you’re curious about the second, it pulls up a mini-menu to set up interactive play sessions with one or more people and use your toy with interactive adult entertainment sites.

Next, either turn on or put your Lovense toy into Bluetooth standby mode. If you’re confused about which to do, consult your manual, which provides detailed, step-by-step directions.

The following screen will show another plus sign inside a measured circle. Tap the center, and the app will begin searching for your toy.

If all goes well, it should take only a second or two to find it. Once that’s done, you’re ready to start exploring all the thrilling and arousing stuff you can do with your Lovense toy—and to yourself, of course. 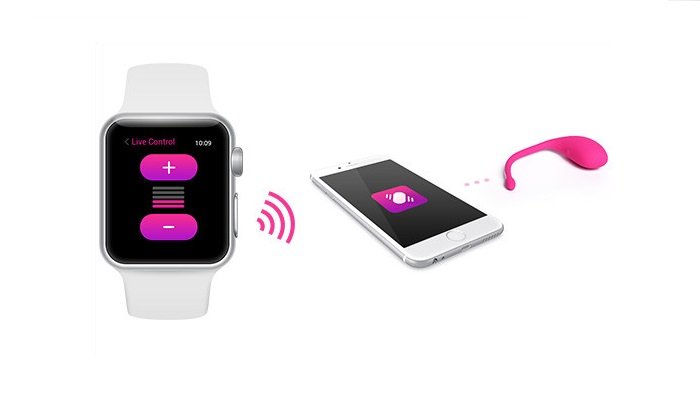 If you’re using the PC or desktop app, this process should be similar. However, it’d be remiss if I didn’t mention that the Apple, with which I have some experience, is often not as effortless as the smartphone app.

Hopefully, Lovense will upgrade it as well, but until then, you may want to have a smartphone handy just in case you can’t get it to work.

Aside from issues you may or may not experience with the desktop version of the app, there are a few things that might prevent it from linking up with your Lovense product.

The most prevalent of which is waiting too long to power up your toy or open the app on your smartphone. This can be easily solved by consulting your toy’s manual or the Lovense site to determine which has to be opened/turned on first.

Another is forgetting to activate Bluetooth on your phone or not giving the app permission to use it. A possible solution is to check your settings to make sure you have approved its use, and you have tried turning the Bluetooth off and on or restarting your phone.

If you’re still experiencing connectivity problems, you might be able to determine what’s going wrong and where, by testing if your phone or computer’s Bluetooth is actually working by seeing if you’re able to connect to another accessory. 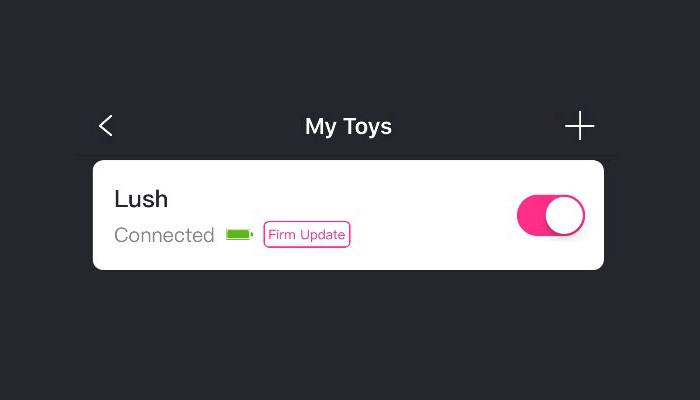 Successfully passing this test, the difficulty could be a software issue. I hate to be the bearer of bad news, but despite an app advertising that your hardware and/or operating system is supported, if one or both aren’t up-to-date, it might be time to upgrade.

Something else to consider is interference or a system conflict. Bluetooth, after all, uses radio waves and it’s well known that certain appliances, other electronic devices, or conflicting signals can mess it up.

If you suspect this might be the case, try switching stuff off or moving your Lovense toy closer to your phone or computer. If you feel another app, accessory, or your operating system may be the culprit, the same sort of step-by-step elimination of possible suspects might help you figure out the cause.

Lastly, it could be worth revisiting that old tried solution of turning your Lovense toy off and then back on as well as rebooting your computer or smartphone. Simple though this may sound, you’d be surprised how often it works.

Lovense is here to help

When all else fails, every Lovense product comes with a one-year warranty.

Having said that, it exclusively covers possible manufacturing errors, not user damage, and is automatically null and void should you attempt to repair a toy yourself.

So if you’ve exhausted every possibility and have poured over Lovense’s copious support documents and guides, you certainly can contact them about receiving a replacement. 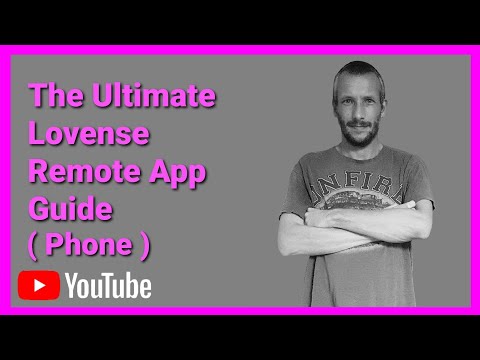 Here’s a little story for you, one I sincerely hope will help set your mind at ease regarding using the Lovense Remote app in conjunction with their so-very-smart vibrators, massagers, and many other exciting products.

It all began three or so years ago, in my early sex toys reviewing days. Back then, whenever I received any that ever billed as the next, biggest, brightest, most teledildonically awesome toys, instead of an excited squeal, I’d usually let out a disappointed moan.

Because nine times out of ten, they turned out to be nothing but an abject failure: apps refusing to recognize toys, manufacturers neglecting to tell customers when software needed updating, horribly designed and executed interfaces … you get the idea.

I was “this” close to giving up on the whole idea of interactive sex toys. Then, lo and behold, along came a company that renewed my belief that sexual pleasure’s future truly lies in sextech.

You guessed right: it was Lovense and their new-fangled Remote app. Perfect it may not be, as there’s always room for improvement, though the current version is pretty damned close to it.

So though you may occasionally struggle with it, have faith Lovense has your back—and their app’s next iteration, and the ones that follow will likely be easier to set up, use, and give us many more teledildonic pleasures to explore.