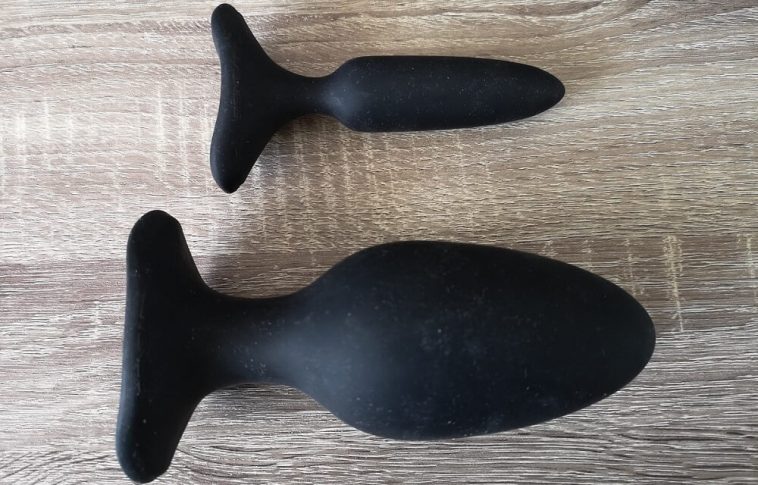 Not Jalapeno poppers or ghost pepper wings should come anywhere close to your read end, but as none of us is inside or outside are built the same way, having a broader-than-broad-spectrum of gadgets, devices, and other sexual playthings means you’re bound to find at least a few to comfortably pleasure your ass.

As this is a remarkably different change in direction for this line, let’s take a look at the first and then the second … or “firsts” and “seconds” it’d be more accurate to say because they come in different sizes. 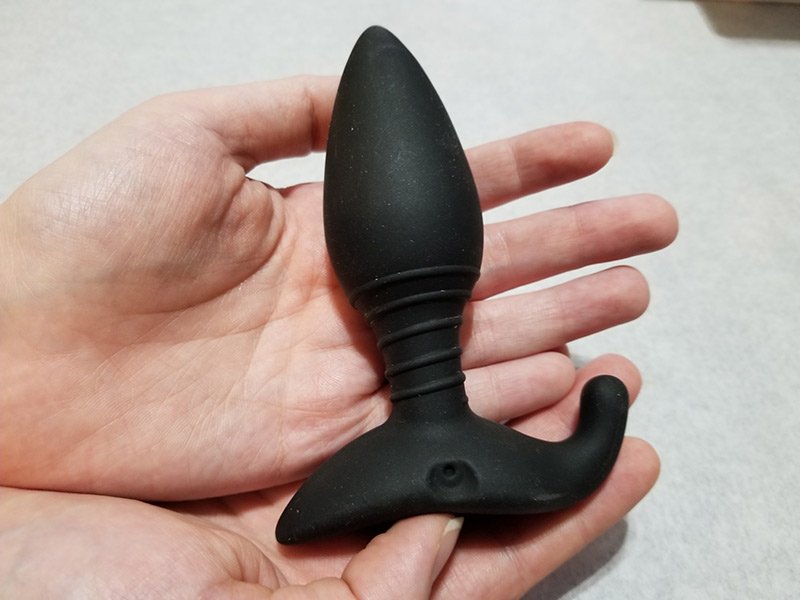 Aside from their diameters, the Hush 1 plugs are just about identical—inside as well as out.

Their differences lie in their diameters, as the small size is a mere one and a half inches in diameter and the larger is one and three-quarters.

With the original Hush toys, Lovense marketed the smaller for beginners and the larger would satisfy folx with greater experience with butt sex devices.

Both are built with powerful motors because the ass doesn’t have many nerve endings, so it requires toys to deliver a good, thumping drive to hit its pleasure points.

The Hush 1 toys also come equipped with brains to go with their motorized brawns and work extremely well with the Lovense Remote app.

Once connected to it, which I’ve said many times is a remarkably quick and easy process, can be controlled remotely, set to interact with other Bluetooth enabled toys or with the action in certain adult videos or explicit games like Wild Life or Lovense’s own Mirror Life. 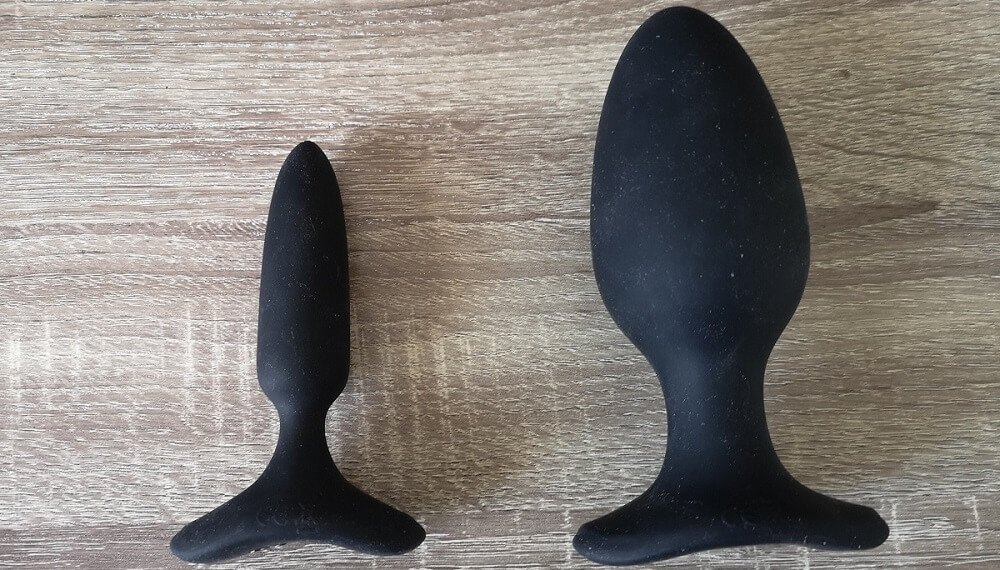 While Hush 1s’ small and large toys are similar except for their diameters, Lovense’s newly released Hush 2s’ don’t have much in common.

The most apparent difference between them is that the smaller Hush 1s is noticeably slimmer and practically perfectly tube-like. In comparison, it’s bigger cousin retains something nearer to the Hush 1s’ tube shape.

Both are noticeably smoother than their ancestors, ditching anything approximately like a distinct edge for a practically seamless feel.

And not “dull” in how they feel, with the Hush 2s continuing along in the more-power-is-more-pleasure design of the Hush 1s—so not feeling what it’s dishing out won’t be a problem.

Similarities between Hush 1 and Hush 2

Each has a beefy motor, which, as I said, is ideal for sexually stimulating the anus—and the Hush 1s and the Hush 2s are also teledildonic wonders in how well they function with the Lovense Remote app.

Every Hush is equipped with a magnetic charging system and comes with a suitable cable. 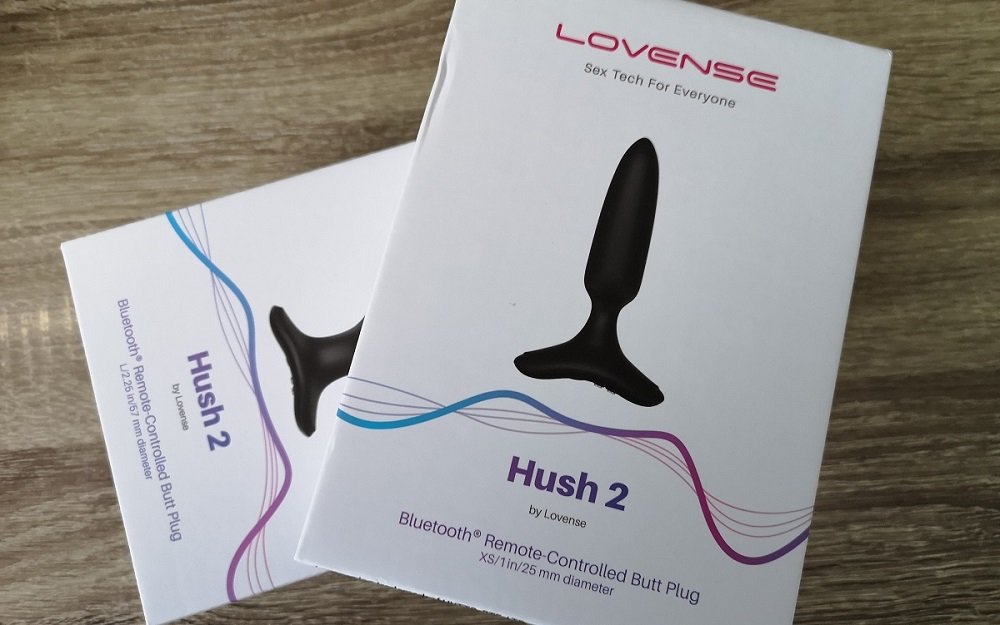 Separating the two Hush’s is how the first two are nearly the same toy, except for a tiny increase in their diameter.

However, the Hush 2’s have little in common except for a very approximate shape, like their flanges and that all-important taper in front of it.

Size-wise, the Hush 1’s are 4.8 inches long, with an insertable length of 3.8. Their handles are 3.2 inches across, and the tapered section is 0.8. Where they differ is the small is an inch and a half in diameter, and the large is one and three-quarters.

Of special note is their charge to playtime ratios. For instance, each Hush 1 takes 70 minutes for three to almost four hours.

The Hush 2s, starting with the small size, clocks in at 40 minutes for only two hours of playtime—probably because Lovense couldn’t give it a bigger battery.

Meanwhile, the large needs two and a half to last for a whopping eleven hours of use.

No matter the Hush, all of them are amazingly smart: with a few astonishingly fast clicks able to connect up with the Lovense Remote app—available for Android or iPhone and PC or Apple computers—for extra-fine controlling, long-distance sextoy loving, interactive adult entertainments, vibrating along with your favorite songs, making your own (and then sharing it you want to) your own customized vibrations.

What’s also nice about the Hush 1 toys is that you can gradually graduate from one another without risking the pain and discomfort, which can accompany upgrading too fast to a too-big toy.

Not only is it under four inches long, but as it’s a scant one in diameter, it won’t strain your delicate insides. Its lack of a bulbous part also means removing it when you’re done will be as easy as one-two-three, and it’s out!

Then there’s the bigger Hush 2, which might as well come stamped with a warning “Things are larger than they appear” as it’s wide, long, and oh-so-filling. So if you’ve clocked in more than a few hours with toys like it and are ready to graduate to the next level, it’ll get you there.

With four to choose from, trying to say which is the “best” is not going to be easy.

If you like what you feel, I suggest moving up to Hush 1’s smaller version and from there to the large Hush 1 before finally graduating to the Hush 2’s big boy.

That and as we’re talking Lovense here, whatever size you choose, you’ll get one of the finest sex toys in the world.

Check the Price of the Hush 2