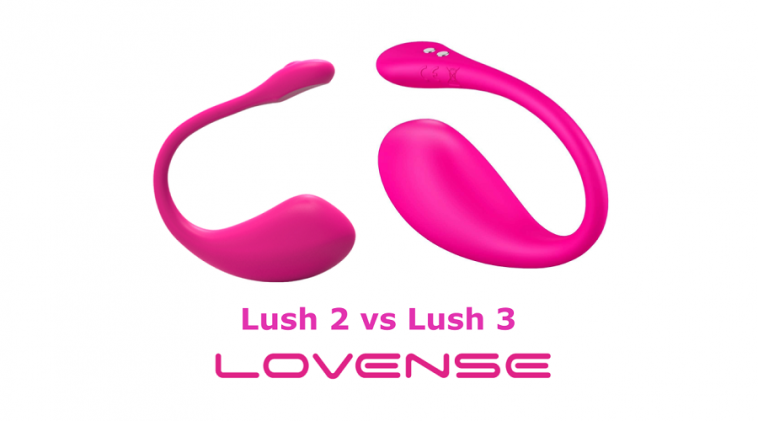 No matter what they make, when designing a new and hopefully improved product, every company has the same problem: how to walk the line between making an already good thing better versus the risks they’d end up releasing something akin to their own version of New Coke.

A headache made worse when the company designs and manufactures intimate sexual appliances, as there’s a massive difference between asking a focus group what flavor of soda they prefer and asking their opinion about a device to be used in … let’s just say other orifices.

So here’s my comparison between their original Lush 2 and their recently released Lush 3—and why they did the near-impossible by taking something well-established as fantastic to much more than that.

Check the current price of the Lovense Lush 3
Contents show
Why was the Lush 2 so good?
The Lush 2’s drawbacks
The perils of having a plug-in charging system
The new and improved Lush 3
How the Lush 3’s designed to stay where you want it to
Envisioning a Lush 4
Who can stop them? How we might control the Lush 4

Why was the Lush 2 so good? 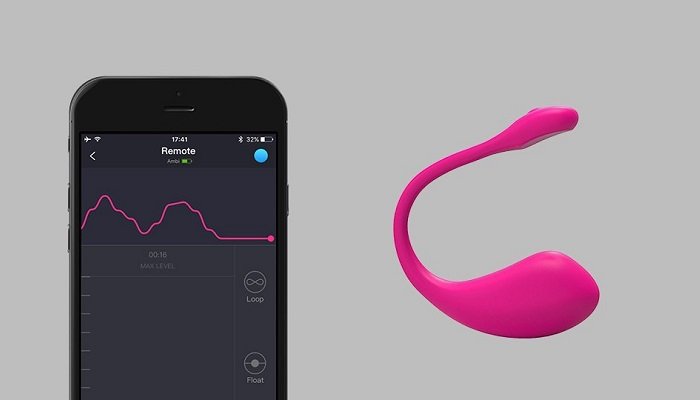 Built from the ground up with vaginal pleasure in mind, the Lush 2 takes a two-pronged approach to sexual stimulation.

Vaguely resembling a teardrop, the largest part of the Lush 2’s role in this is to be inserted into a person’s vagina, and there it applies pressure—along with a wide range of vibrations—to the wearer’s G-spot.

This shape, by the way, wasn’t the result of some whim on their part of Lovense’s designers. Instead, as they say on the Lush product page, it was carefully crafted to fit snugly into a person’s vagina. This way, when it delivers its vibrations, it’ll do so without unnecessary—and mood-killing—shifting around.

Snug, after all, being better than not snug when it comes to vaginal-insertable sextoys.

But that’s just the first of the Lush 2’s two-part approach to pleasure, as from the insertable component arises the toy’s tail. This houses its Bluetooth antenna, where the controls are located, and can also stimulate the clitoris—the second of the Lush 2’s two-pronged pleasuring I previously mentioned.

As this is one of their legendary smart sextoys, that antenna—and the high-quality electronics housed within it—also means that the Lush 2 can be operated by another person in addition to all the other cool features provided by the Lovense Remote app.

Including the ability to create your own special, customized vibrational patterns beyond those already built-into the Lush 2 or set it to respond to either music or ambient noise.

Before there was the Lush 2, there was (and be prepared for a shock here, folx) the first Lush. And as the second was an improvement over the first, Lovense sought to make the new, third interaction a step above its predecessors.

Not that the Lush 2 wasn’t bad, per se. It’s that after receiving invaluable feedback from their customers and no doubt doing a large amount of research into it themselves, Lovense realized that it had some notable drawbacks.

Leading with the Lush 2’s battery life. Just in case you may not be familiar with sextoys and how much they’ve changed over the years until relatively recently, it was common for vibrators—and their assorted intimate appliance cousins—to fall short in the bang-for-the-buck department.

I’m referring to what, while we human beings can frequently sexually match that battery-company mascot in regards to going and going and going, finding a sextoy that’s able to keep up was a rare thing, indeed.

And though the Lush 2 was better than many of its competition, it wasn’t as good as it could be: providing about 240 minutes of enjoyment on a full charge.

Again, this is something that other sextoy’s can only dream of achieving. It’s that when you’re talking sextech, longer—as in battery life—is always better.

The perils of having a plug-in charging system 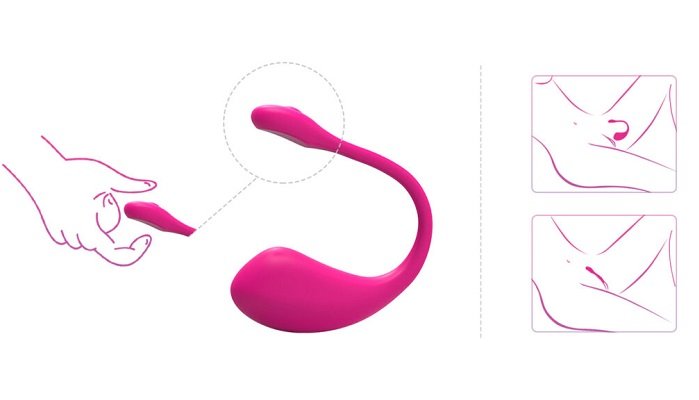 There was also the issue of how all that electrical juiciness got into the Lush 2. Slipping briefly into teacher-mode, in the sprawling world of sexual technology, there are basically two ways to charge a toy.

One of the most common is dedicatedly old-fashioned, as in plugging the darned thing in: typically accomplished courtesy of a cable with a standard USB connector on one end that goes to your run-of-the-mill power charging brick and then to whatever other plug the company manufacturing the toy decided would be best.

However, if a toy’s pitch is that it’s fun to play with in the bath in addition to the bed, this system isn’t ideal, as all it takes is a small amount of water getting in via that plug to muck up a sophisticated sextoy.

The new and improved Lush 3

Last things first, for the new and improved Lush, Lovense ditched the Lush 2’s plug-and-play charging system for a magnetic one, giving their customers to splish and/or splash to their heart’s content.

It’s also much easier to use, as getting charging cable (A) to deliver power to the toy’s battery (B) is no longer about inserting something into something else but simply a matter of sticking magnets on the cable to the metal points on the Lush 3.

But, in my mind, at least, the most impressive step-up from the second to the third Lush is how Lovense knocked their previous model, right alongside just about every other vibrator-type sextoy out there today, by upgrading the Lush 3’s battery to OMG levels.

How OMG? Take a gander at these numbers: as I said, the Lush 2 had a respectable 190 hours of enjoyment time in a charge, but the Lush 3 took that and added one hundred minutes more! 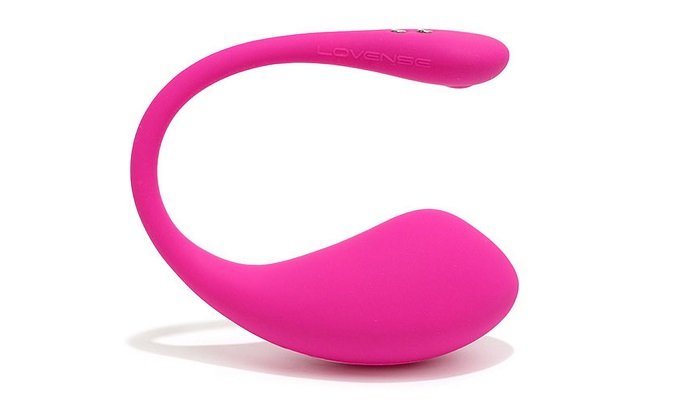 There’s more to the Lush 3 than its improved battery connector and how long it’ll hold a charge, as Lovense also fixed the toy’s tail in place to enhance the Lush 3 ability to stay precisely where users want it to be.

So, all in all, Lovense has done an admirable job in taking their celebrated vaginal sextoy, one that has deservedly been a favorite of a large number of orgasmically-people ever since the original one was released way-back-when, and upped their game.

Keeping in mind that this is just my opinion and that while I have vulva-sporting people in my life who’ve enthusiastically raved about both of Lovense’s Lush toys, I’m literally not equipped—like, at all—to say what I think should be in the Lush 4.

However—and come on, you knew this was coming—that’s never stopped me from at least trying to offer up a few suggestions.

So, not wanting to break with tradition, I’d like to ponder a few tweaks that might be done for the Lush 4. Of them all, I think rethinking the Lush’s antenna might be worth a look at, as it seems to me that it could be more than a way to keep the toy in place, be a location for the power button, and house its Bluetooth antenna.

As in, why not do some redesigning, so it either has its own tiny motor or could somehow take advantage of the Lush 3’s antenna stiffness to deliver greater vibrations from the toy’s main body to the clitoris?

I also think it’d be interesting to see sextoy companies, in addition to Lovense, reimagine how they approach the shape and construction of their toys. It’s that though a lot of work has gone into determining the optimal design for insertable sextoys, the reality is that humanity has never been anything close to physically optimal: like we are on the outside, our orifices can come in a rainbow of widths, depths, and other moist dimensions.

So when you pick up an insertable toy, there’s always going to the risk that it won’t be comfortable. So why not directly address our anatomical uniqueness by making toys like the next Lush extra-flexible? Blue-skying here, a stepping stone could be by giving the Lush 4 an extra-thick and extra-soft outside silicone covering so it’d conform to a greater range of human interiors? 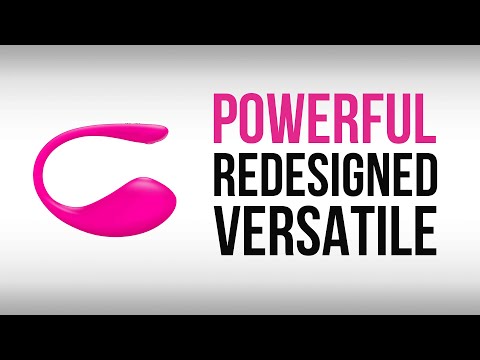 Who can stop them? How we might control the Lush 4

Finally, and closer to something that Lovense might honestly be able to do in the near future, if for some reason the Lush tail can’t be improved in the clitoral-stimulation department, it might be worth changing how the toy’s controlled.

Without a doubt, smart sextoys are amazingly futuristic products and a heck of a lot of fun, though they innately depend on users having a smartphone or computer to take advantage of all they offer.

The problem is, far too often, when playing by themselves, many people find having to deal with a smartphone screen a mood killer. In this spirit, let’s envision the Lush 4 with a slightly larger bulb at the end of its tail, one big enough to hold more than a single button—and therefore allow users to put the toy through its many arousing paces without having to fumble with a lube-smeared smartphone.

When all’s said and done, though, I have to give it to Lovense that I had to do quite a bit of stretching to come up with these few potential improvements to the Lush line of vibrators.

So Lovense obviously knows what they’re doing, so if they happen to release a Lush 4 sometime in the future, it’ll be because they listened to what their customers were saying and responded accordingly—and if the Lush 3 isn’t followed by a new version it’ll be a testament to their quality that they simply couldn’t get any better than that!

Check the current price of the Lovense Lush 3