So it’s natural to assume some will be okay, a good percentage will be fair-to-middling, a large number barely adequate, and a small minority that’ll be inarguably outstanding.

Check the Price of the Lovense Osci 2 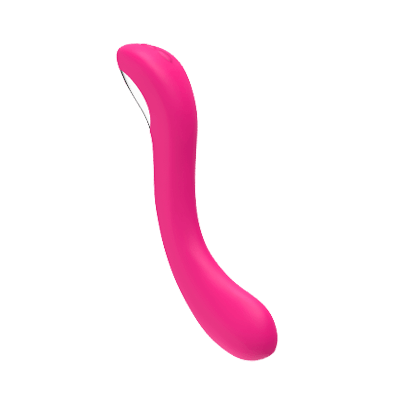 Taking a look at Lovense’s Osci 2

Another example of Lovense’s trend of improving their already popular toys, the Osci 2’s overall shape is more ergonomic, has an increased battery life, upgraded electronics, and replaces the older model’s plug-charging system with a magnetic one.

And they’ve notably upped its horsepower as well as perfected how to deliver in the most pleasurable way possible.

Like how the Osci 2 oscillates rather than simply vibrates, their reasoning behind this is that going big always beats staying small when it comes to G-spot arousal.

The result is a toy that packs quite a few punches and puts them precisely where they’re needed due to its improved shape.

Another well-thought-out feature is the placement of the Osci 2’s built-in controls. Like the previous model, hitting its button required a certain amount of dexterity, but doing the same is far less difficult.

By equipping it with a next-generation Bluetooth clip, the Osci 2 is faster to connect, is more stable and less prone to disconnections afterward, and is ideally suited for the equally upgraded Lovense Remote App.

Like their other toys, the Osci 2 comes with three power levels and four already-installed vibration patterns—and also, like practically everything they make, using the Lovense Remote App with it allows much-finer control and a plethora of additional features.

Want to have your Osci 2 dance to the beats of your favorite tunes? Eager to try your hand at creating your own intensity and oscillating actions—and maybe share them with others?

Dreaming of the day when your Osci 2 will play well with other Lovense toys either when you and your playmate(s) are in the same room—or anywhere in the world for some lovely, and most of all, exciting long-distance fun?

All this and more are possible compliments of the Lovense Remote App, which is available for Android, iPhone, PC, or Apple computers. But whatever version you select, don’t forget your smartphone or desktop has to be Bluetooth enabled—though, depending on what you have, you might be able to pick up a dongle or other widget to help you out. 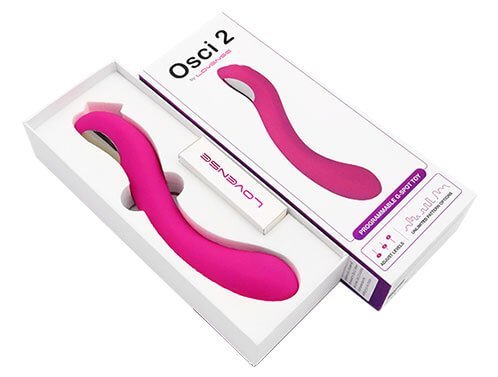 The Osci 2’s materials and operation

Covered primarily in body-safe silicone, the Osci 2 is as comfortable as it is durable—and as waterproof, as it is powerful.

I already talked about why a strong motor is often essential for G-spot play, but another factor to consider is if a toy can actually reach that part of you or your partner’s body.

Back to ergonomics, and with its comfort and effectiveness, the redesigned Osci 2 does everything a great G-spot toy should, making it a fantastic fusion of lifelike sensations from its oscillating mechanism, high-quality silicone skin, and a shape which will have users—whatever their age, body shape, or experience with G-spot play—coming back for more.

Its waterproofness is another of the Osci 2 perks for those who squirt. For those who fell asleep in Sex Ed class, when aroused, some vulva-owners have been known to release a little or sometimes quite a lot of fluid during orgasm—principally of the G-spot variety.

Also called female ejaculation, this liquid isn’t urine. However, some of it can be present but most of it comes from the skene’s gland which can be likened to a vulva-owners version of a prostate.

So having a toy that gets where the getting is good, if not fantastic, and can stand up to even the most splashy of orgasms could be a squirty-person’s fantasy made reality–and if you do squirt, remember to have plenty of towels at hand, as well.

Lengthwise, the Osci 2 comes in at 8.66 inches, of which two and a half to a little over three inches can be safely inserted and, on average, is one and a half inches thick.

The reason why there’s such a big difference between how long the Osci 2 versus the part which goes into someone is again about control, as its extra length serves as a handle to grip onto as well as something to turn, pull, twist, or whatever it takes to get the Osci 2’s powerful vibes to your G-spot.

The Osci 2 has a single button to power it on and off, put it into standby mode to connect it to any Bluetooth-enabled smartphone or computer able to run Lovense Remote all, and when tapped, cycles through the toy’s three intensity settings and four preset patterns. 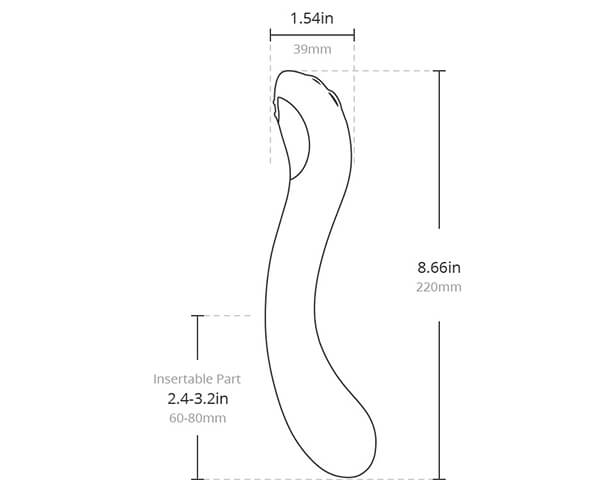 Using the Osci 2 with Lovense Remote

Since I already raved about the software side of enjoying the Osci 2, I won’t go too much more into it.

However, I do want to briefly mention a few of Lovense’s other interactive products—if anything, to show their willingness to experiment with new technologies, which may, or may not, give us cool new things to play with.

Such as their sadly PC-exclusive Lovense Media Player: a nifty program you can use, with a fair amount of practice, to create vibration patterns to match up with the action in your favorite adult videos.

And if that’s somewhat intimidating, or you’re an Apple user like me, nothing is stopping you from doing the same but with the smartphone or Macintosh computer version, too.

What comes with a Lovense Osci 2

Unlike some of their products, you don’t get much stuff with the Osci 2—the toy itself, its magnetic charging cable, a Quick Start Guide, and that’s it.

And, you know what, that’s okay. Yeah, it’s kind of fun when a company throws in everything from samples of lube to “I Came From This SexToy And All I Got Was This Lousy T-Shirt.” But I always prefer an affordable toy over an overpriced one.

Though at least a storage bag would have been nice. Just saying.

After charging for 105 minutes, the Osci 2 is good from four and a half to an extremely impressive five hours. As orgasms, notably the G-spot kind, can take time to get to—and be savored as long as the person having them wants—this is great news.

When your fun is over, cleaning up requires either an authorized sextoy cleaner or a tiny splash of antibacterial soap and a warm, never hot, splash of water before concluding with a thorough drying with a lint-free cloth.

When it comes to cleaning sextoys, please avoid scented soaps or products with non-organic ingredients. I’m saying this as the vagina can be frighteningly easy to upset, infect, or in a worst-case scenario, damage. So keep things simple, natural, and unscented.

Besides, there’s the risk using anything except “simple, natural, and unscented” cleaning stuff could wreck not only your body but your toy as well. 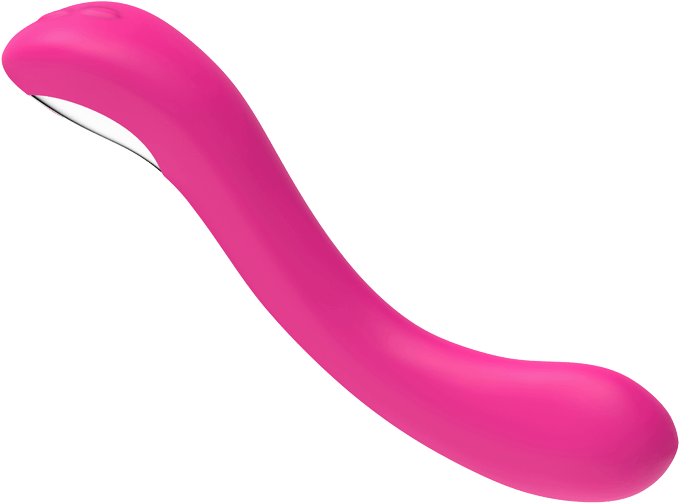 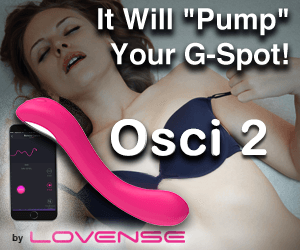 If you have a G-spot and you like stimulating it, I don’t see any reason not to buy yourself a Lovense Osci 2. I mean, sheesh, even if you and your G-spot don’t dance the orgasmic tango, it’s still worth picking up as it could be your ticket to the—sticking with my dancing theme—big ball.

I’d go so far as to say if you don’t have a G-spot, you can’t go wrong with an Osci 2. Sure, maybe not something you can’t necessarily get off with, but perhaps sometime in the future, you’ll be intimate with someone with one—and it would be a delightfully sexy surprise to say to them, “Have you ever thought about G-spot play” and, voila, you mention you happen to have a fantastic toy for that very thing.

Great toy, lots of fun, quality manufacturing, the future sex delights of it with the Lovense Remote app, there’s another reason for my Osci 2 exuberance: that it’s from a company I’ve grown to admire for their commitment towards developing, manufacturing, quality products—and goes further by regularly improving them.

Check the Price of the Lovense Osci 2