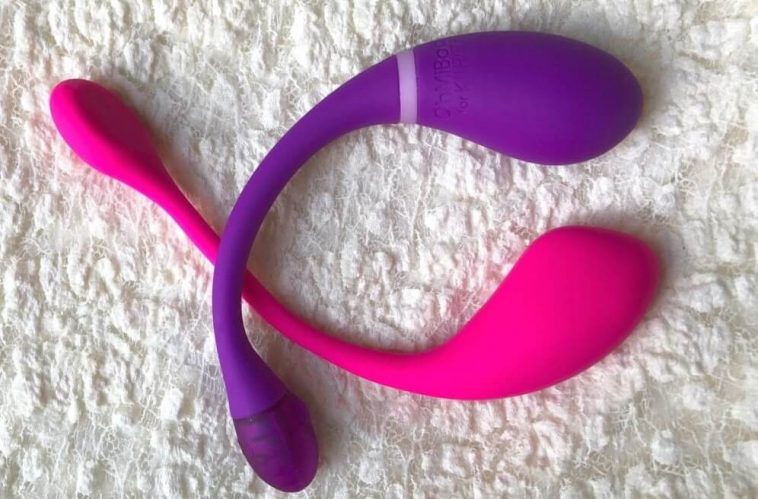 There are a few myths about Lovense going around on the Internet concerning “Lovesense” and OhMiBod Lush.

First, let’s get the facts out of the way.

In the sex toy industry, there are several similar products going around at any given time, which makes it difficult for the consumer to choose the product that’s best for them.

Let’s take a deeper look at the issue and see what Lovense is really about.

Contents show
“Lovesense”… Is Not A Brand!
Lovense Is the Actual Company
The OhMiBod Lush… Doesn’t Exist!
The Original Lush (by Lovense)
OhMiBod Made Their Own Version, Esca
Lovense Lush 2 Versus Esca: Which Is Better?
Lush 2
Esca 2
One User, Two Products
Battery Life of The Esca Versus the Esca 2
User Feedback
The Final Verdict

“Lovesense”… Is Not A Brand!

One common mistake people make in trying to learn more about the sex toy company Lovense is misspelling their company name. If you try to Google “Lovesense”, you are not going to find any information about high tech sex toys.

Lovesense is not a brand that actually exists. Lovense is the word you’re looking for.

If you’re interested in checking out Lovense, but you’ve had some issues finding accurate information about them due to this common research mistake, avoid the typo altogether and head straight there to get information directly from the source: Lovense

Lovense Is the Actual Company

Lovense is an award-winning company based out of Hong Kong that produces a wide variety of the most highly advanced sex toys on the market today. The development of their most popular products have been entirely crowdsourced through Indiegogo.

Lovense has received recognition several times in the sex industry in recent years:

This company has pioneered the sex toy industry in many ways, marking them as leading innovators in the future design of cybersex.

Specializing in the field of teledildonics, or sex toys that can be connected and synced remotely via a wireless Bluetooth connection and worldwide Internet connection, Lovense’s main focus is fostering intimacy between sexual partners in long-distance relationships as well as spicing up everyday use.

OhMiBod does have a product called Crush, which contributes to some of the confusion. But the Crush product line is a kegel exerciser, not a mutual pleasure device for couples.

The Original Lush (by Lovense)

Lovense is the originator of the Lush and Lush 2, a line of teledildonic wearable vibrators that can be digitally connected even at long distances. Other Lovense product lines include the following:

OhMiBod Made Their Own Version, Esca 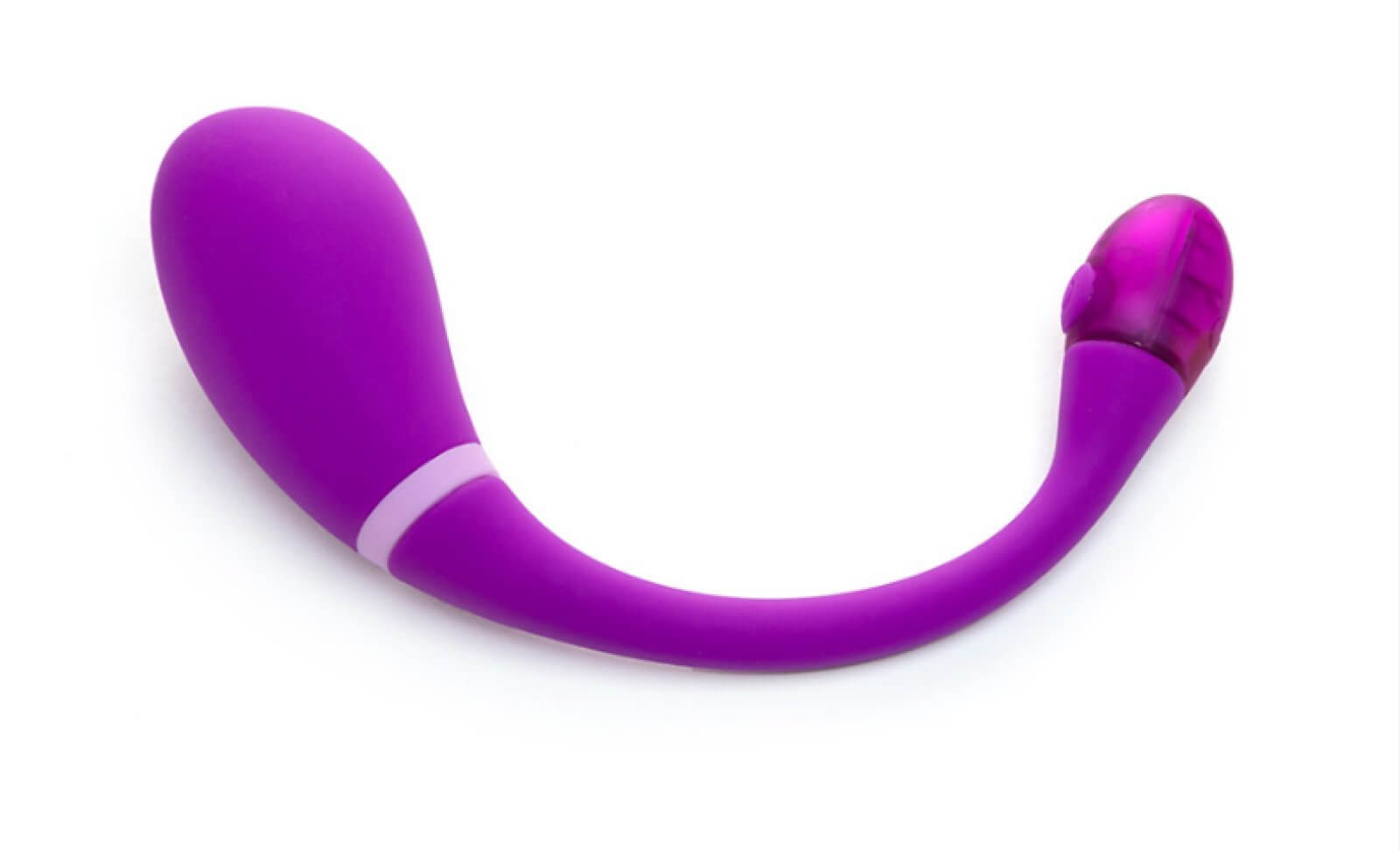 Lovense Lush 2 Versus Esca: Which Is Better?

On their respective official sites, the Esca 2 by OhMiBod and the Lush 2 by Lovense are listed at the exact same price: $119. Since the price difference is not a factor, the comparison then comes down to included features. Here’s a breakdown of how the Lush 2 and the Esca 2 size up.

At its highest vibration level, it only outputs 45.5 decibels of sound (the noise level equivalent of a distant bird call, or ambient noise in a library). This means that when it’s inserted, it’s practically silent. 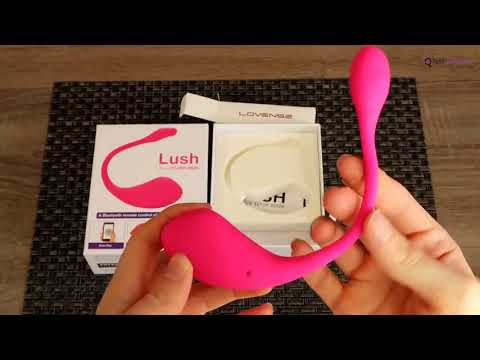 Comparable in many ways to the Lush 2, the Esca 2 falls short in several categories of use. The Lush 2 is completely waterproof and submersible, whereas the Esca 2 is only advertised as splashproof. Needless to say, it’s an important distinction in the bedroom, especially if you’re involving water play.

The Esca 2 only has three preset patterns to Lush’s ten, and the Lush 2 has a significantly higher Bluetooth range connectivity, getting up to forty feet of local range compared to Esca 2’s twenty-five.

One major difference between the two similar vibrators is in the type of materials used. Lovense uses 100% silicone in the Lush 2, while the Esca 2 is comprised of a silicone and ABS plastic mix. ABS plastic is not as environmentally friendly as silicone and is an objectively cheaper material.

Compared to Lush 2’s stated noise level of 45.5 decibels, there were no official numbers available on Esca 2’s sound output, but sex toy reviewers are mixed on the Esca 2.

Felicity at Phallophile Reviews says of the Esca 2’s highest noise/vibration level, “I probably wouldn’t use it in a particularly quiet restaurant.”

On her review of the Lush 2, she had no complaints about the vibrator’s noise level, but plenty of praise for its software team: “Lovense has employed first-rate app developers. The Lovense app is visually appealing and easy to use, with lots of options.”

Battery Life of The Esca Versus the Esca 2

In response to consumer complaints about the poor battery life of the original Esca line, the Esca 2 is advertised as having a higher battery capacity than the original in several online reviews on sex toy review websites.

General buyer feedback is not great on the Esca either. The original Esca has some pretty poor reviews, sitting at 1 out of 5 stars on Amazon. Most of the complaints involve spotty connectivity or low battery life, with one review claiming the Esca only had a battery life of 45 minutes.

That’s pretty poor performance in comparison to the 2.5 to 3-hour capacity of the Lush 2.

Lovense’s buyer reviews for the Lush line tell a different story than Esca. The Lovense Lush 2 has 84 different user reviews sitting at an average 3.8 out of 5 stars on Amazon.

While superficially comparable on several levels, at the end of the day the Lush 2 has several features that make it the objectively superior sex toy:

Since the two toys are the same price, it looks like the Lush 2 is the clear winner in a head to head comparison. All myths about Lovense aside, the specs and user reviews speak for themselves.